“Every man who knows how to read has it in his power to magnify himself, to multiply the ways in which he exists, to make his life full, significant and interesting.”
–Aldous Huxley

In Part I of Rise of the Awakened Warriors, we learned that an Awakened Warrior is the integration of two archetypes… the Warrior and the Sage. These symbolic, archetypal roles lie dormant within the collective unconscious of humanity and therefore they also reside inside of you as well.

They are simply waiting to be expressed!

Following the Path of the Awakened Warriors is about sincerely training your body and your mind in an effort to achieve awesomeness, self-mastery and the realization of your ultimate potential in life… in whatever way that is YOU!

It’s about living up to your highest ideals and becoming the person that you genuinely want to be. You will do this by…

1. Confronting your life head on and accepting responsibility for your actions.

2. Embracing where you are now and harnessing the power of this moment.

3. Discovering and committing to your purpose and mission in life.

In the end, becoming a true warrior is about finding the courage, strength and wisdom to create a life you are truly passionate about living.

Now, I realize that without all of the hidden details and further points of clarification (which I hope to reveal in time), this metaphor of the Awakened Warrior may sound a little “new-agey” to some.

So be it! I don’t have time for narrow-mindedness.

Still, this isn’t about manifesting shit out of thin air… it’s about having the ballz to work and train hard, to aggressively go after what you want and become a person that both men and women respect and admire.

To be an Awakened Warrior is synonymous with being a leader and an alpha male (or female.)

And before I go any further, let me just be extremely clear that there is a bit of metaphysical philosophy and insight to be discussed here. There is a spiritual undertone to this website… but it is not attached to any particular religion or dogma… and doesn’t require your unquestioning faith in God.

“We’re rising above the limitations of religious creed and going beyond the conceptual. Our focus is on the actual experience of life… right here and now!”

I’m also a firm supporter of logic, science and the scientific method. I always look to science to see what we have learned through the observation of the natural world and experimentation through the advance of technology. Yet, I’ve also noticed how slow “mainstream thought” is to change and acceptance of new ideas and ways of thinking. 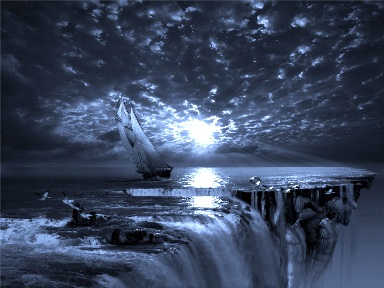 I mean seriously, how long did people believe the world was flat after it had been proven otherwise?!?!

…and oddly enough, you can still find some people who believe the Earth is flat! Lol

Many-a-genius was thought to be insane before his ideas were commonly accepted by mass society.

Not that I’m claiming to be a genius or anything…. Just sayin’ 😉

So while I look to mainstream science to corroborate my understanding, I also realize that it can’t be the sole evidence and authority on every matter. Sometimes a blend of logic and intuition is necessary… to be an innovator you might have to live life on the fringe.

Besides, if one becomes too strict and rigid, only clinging to modern science for answers… then he simply becomes like any other fundamentalist; holding his book up as the source of absolute truth and knowledge.

Science doesn’t have all the answers!

Whether you’re a person of Faith, a person of Science, or somewhere in between… you can be an Awakened Warrior. The main stipulation is that you’re willing to keep an open mind and are tolerant of beliefs that may be different from your own.

I’m not saying that you must accept those beliefs, just that you are willing to explore new perspectives.

By exploring this world with an open mind you will begin to see similarities from philosophy to philosophy, from teaching to teaching, from culture to culture… and where they all connect is so vital.

“When you weed out the non-essential you finally get to the heart of the matter… or what is understood as the Perennial Philosophy… the universal principles that bind us all together.”

• from Evolutionary Theory to Spiritual Philosophy

• from the Intensity of Martial Arts to the Serenity of Meditation

• from Atheism to Christianity to Taoism to Zen Buddhism

…and let us not forget many years of study into a variety of approaches to optimal health, sound nutrition and exercise physiology!

Soooo be assured, this path is not about becoming some withdrawn, esoteric hermit living in a cave somewhere, chanting mantras while standing on your head. I want to keep this practical, down to earth and applicable to your daily life…

Although, at some point, you probably will find yourself standing on your head! Haha… it’s inevitable!!!

Our main goal is to use this notion of a “perennial philosophy” to share informative tips and insights from a multitude of disciplines and combine them into our own hybrid philosophy and program.

This program, like the universe itself, will be constantly expanding and evolving.

As Bruce Lee valiantly reminds us; “Adapt what is useful, reject what is useless, and add what is specifically your own.” 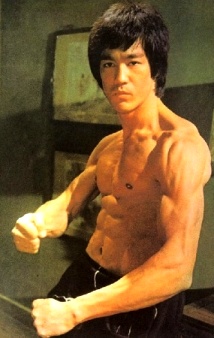 Speaking of Bruce Lee… okay, well I’m sure you know who Bruce Lee is!!!

Even so, you may not realize that Bruce Lee was much more than a mere actor, he was a martial artist, a philosopher, film director, screen writer, author, student of Wing Chun and founder of Jeet Kune Do.

He is considered by many as the most influential martial artist of the 20th century, and a cultural icon.

With his focus on martial arts, extreme fitness and philosophical teachings, he also serves as a great model of an Awakened Warrior.

Although Bruce’s life was cut tragically short, he lived more fully and accomplished more in his time than many people who live twice as long.

On the surface level he may appear to be just another “action star”, however, his true influence and impact is still having a rippling effect throughout the world.

Bruce Lee reminds us that “the meaning of life is to be lived, and it is not to be traded and conceptualized and squeezed into a pattern of systems.”

He taught us that “the possession of anything begins in the mind… as you think, so shall you become” and that “the spirit of the individual is determined by his dominating thought habits.”

Finally, he offers that “real living is living for others… take no thought of who is right or wrong or who is better. Be not for or against.”

These are just a small fraction of the concepts and insights he helped to popularize and share through the teaching that was his life. He was a genuine role model for us all to follow.

Not only did he inspire millions with his films, he revolutionized the martial arts world forever while helping to bridge the divide between the eastern and western cultures.

For these reasons we offer him up as one example of the Awakened Warrior ideal.