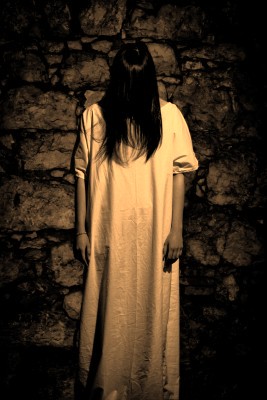 “Burnout is nature’s way of telling you, you’ve been going through the motions your soul has departed; you’re a zombie, a member of the walking dead, a sleepwalker.”  – Sam Keen

We’re all familiar with the sleep disorder known as sleepwalking.

Sleepwalkers rise from the stillness of slumber in a state of low consciousness.

Some may eat, urinate in the closet, or even leave the house. It’s a given that this can be a dangerous situation, especially the urinating part!  😉

However, this article is not about the sleep disorder… rather I propose that a HUGE percentage of humanity is still sleeping even though they are “technically” awake!

Many of us are sleepwalking throughout our entire lives and very existence. We’re simply going through the motions in a state of “unconsciousness” that is very similar to that of a sleepwalker.

Let me try to explain….

Enculturation and the Subconscious Mind

When we are small children (still untainted by the world) we are fully alive, curious, playful, creative, loving, open, intuitive and mostly happy. Yet something happens to a lot of us as we grow up.

We go through a process of subconscious programming and enculturation!

Enculturation begins when we are born and is most prominent and influential through our early developmental stages. However, it is a process that continues throughout our entire lives… unless we awaken to it!

This process, in and of itself, is normal and simply how our brains evolved to operate; allowing us to learn, grow and survive in an ever-changing world and social environment.

When we are very young our minds have no filter a.k.a “bullsh!! detector” to weed out negative, limiting or false beliefs that are inflicted upon us by others.

Our subconscious minds are like a sponge… that simply soaks up whatever liquid it encounters, even if it’s toxic! 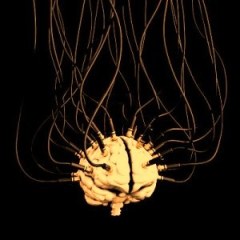 Our minds are conditioned (brainwashed even) by our parents, teachers, religions, society and the man-made environments in which we live…for better or for worse.

Unfortunately, for many of us, it’s for worse!

Often times, as kids, we’re simply set in front of the television and the media, advertisers and mega-conglomerates are left to work their million dollar magic on us…

…creating the next generation of Good Little Consumers!

“Over time this conditioning process becomes like a veil that has been pulled over our eyes! We no longer see reality as it truly is, but rather as we think it is through the muddied filter of our inherited belief systems and customs.”

This understanding then becomes our “model of the world.”

The problem arises when we get “bad information” that distorts our understanding of reality and wires our brains to make inaccurate presumptions based on these fallacies.

The other issue that arises is we have the tendency to become trapped within our minds incessant thought processes and its mental constructs. We can’t escape the random stream of mostly repetitive thoughts or turn them off!

As such, if our past conditioning causes our perception of reality to become flawed or distorted, it can be very detrimental to our well-being. After all, this subconscious belief-system is the framework from which we operate.

All of our behavior originates from within the context of our beliefs.

In time, we may fall asleep to the magnificence of the world we once knew as kids… that amazing world of infinite possibility.

A Mechanism of Unconsciousness

As a byproduct of this conditioning process, we’ve slipped into a state of lower awareness or what I like to refer to as “unconsciousness.” This is a state of being where we are no longer fully conscious of what is driving our actions and the consequences they produce.

Instead of directly experiencing the world around us through our senses we begin to “interpret” the world through the screen of our belief system and conditioned mind.

We’re no longer directly experiencing reality as it is unfolding. Rather we are judging and analyzing it primarily through mental concepts.

In many cases we’re totally oblivious to what is “actually” occurring right before our very eyes because we’re so lost within the delusion of our own reality.

“When this mechanism of unconsciousness turns extreme, the world becomes more abstract to us and thus even more lifeless.”

For example, this is the means by which we can justify killing another human being, simply by labeling and objectifying him or her as an “enemy.”

Rather, they become a ‘force of opposition’ that seeks to harm us and so they must be annihilated.

In this way, we become deadened to the horrors of the world because we are no longer relating to the world. Instead we are linking our observations to mental images and labels.

This is the Curse of the Sleepwalkers!

Trapped in a Nightmare 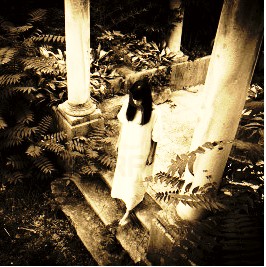 You can recognize the Sleepwalkers by their long, drawn and expressionless faces. Their eyes glazed over as they pass you by (barely aware of your presence.)

They now walk blindly throughout their days, carrying out the mundane tasks and duties required for their basic survival.

There’s this feeling deep inside that they’ve wandered off the path, yet this is the same road everyone else seems to be taking.

Little thought is given to the purpose and deeper meaning of their lives or where they fit in within the context of the universe as a whole. Passion and enthusiasm seem to have run dry years ago.

In many cases there is a painful aura about them. They are angered or depressed easily and subjected to emotional highs and lows. Something is missing from their lives but they’re not sure what it is or how to get it back… or if it was actually there in the first place.

And so they settle for their addictions and distractions to get them through the day.

Nevertheless, they still have HOPE that some day it will all work out and they will finally find peace and happiness.

Until then, they walk on through the drudgery of what has become their life. At times they may stop and ponder… “Is this all there is? There’s got to be more to life than this.”

Yet this moment of inquiry is usually short lived and they quickly fall back asleep.

“Day after day, year after year, their hearts grow heavy bearing this burden… and their minds race with thought after endless thought. They are lost within the nightmarish maze of their own unconsciousness.”

They sleepwalk on…  engrossed within the illusion of this dream-like state.

You stand before them and they look at you… without truly seeing you for who you are.

You speak to them and they hear you… without truly listening to your words.

You touch them and they respond… without truly feeling the warmth of your hand.

They eat, but they know not where their food actually comes from.

They work their job, but it brings them no joy or fulfillment.

They sleep (when they can) but it never leaves them fully rested.

They love, but it’s more of an addiction that still leaves them empty and hollow inside.

They do and do and do… but they know not the full consequences of their actions.

Eventually they die, never having fully lived. This is the unfortunate fate of the Sleepwalker! 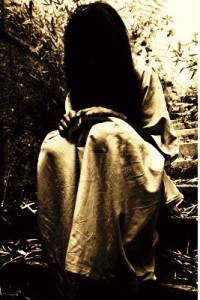 Since such a large percentage of humans are, unknowingly, Sleepwalkers… it’s easy to be one yourself and simply not know it.

The main predominant symptom of being a sleepwalker is unconsciousness or lack of awareness.

It’s this lower level of conscious awareness that defines and perpetuates this affliction. However, there are a few other symptoms that are consistent among sleepwalkers.

Take an honest look at your life to assess whether you are showing any signs of these symptoms. It may be difficult to admit that you, yourself are a sleepwalker.

Just as an alcoholic will become angry at the notion that he or she may have a drinking problem, sleepwalkers will also show emotional upset at the very suggestion…

“No one wants to own up to the Truth that they have been living their life blindly… yet it’s through the very act of facing reality that we take the first steps towards awakening.”

Insights of a Former Sleepwalker

In conclusion, I think it may be helpful to divulge the fact that I was a former sleepwalker and admittedly even still find myself dozing off from time to time.

It’s an ongoing challenge to stay present and mindful in each moment of our lives, yet the reward for doing so is a meaningful and fulfilling life that brings immense value into the world and to others.

Living consciously can take your life to a whole ‘nuther level and is the key to finding peace of mind and realizing all of the dreams and goals you’ve set for yourself.

It’s the secret to living in optimal health and fitness, developing closer and more intimate relationships, cultivating your intelligence and talents, and even living a more abundant and luxurious life.

Contrast that to the hollow and empty life of a sleepwalker who merely coasts through life, detracting value from others without ever really living up to their ultimate potential.

The difference is clear.

This haze of unconsciousness, permeating the sleepwalker’s mental state, is actually a common affliction in the human population. Some may even say it’s a prerequisite to becoming awakened or enlightened.

And as such, it’s inevitable that we must first experience this suffering by buying into the delusions that have plagued mankind since the birth of human consciousness itself.

“It’s all part of the evolutionary process.”

If you believe you may be showing some symptoms of being a sleepwalker… just recognizing and taking responsibility for this is HUGE! There’s no reason to beat yourself up or put yourself down.

Simply make the promise to yourself to start living more consciously.

Now is the time to open your eyes, my friend. Go after the dreams you have for your life with a renewed sense of purpose, passion and enthusiasm.

The era of the sleepwalkers is coming to an end. You can consider this…

THE WAKE UP CALL!