“When one realizes one is asleep, at that moment one is already half-awake.”
– P.D. Ouspensky

Before I get started on this article, I would like to take a brief moment just to thank you for checking out this website.

It means a lot to me that you’re here; ready to unleash your ultimate potential, by investing some of your precious time into what we’re sharing on this blog. You rock!!!

And I know full and well that this website cannot succeed without people like you, so thanks in advance for being a loyal reader.

Some of the stuff we discuss on this website may go against everything you’ve ever been told to believe about the world we live in. If you’re unfamiliar with some of these ideas and concepts, they may come as quite a shock to you and might even seem hard to believe at first.

You may even think “this dude’s outta his freakin’ mind!” That’s cool, I’ve even had that thought about my self a time or two. Maybe I am insane… but at least I’m in good company! 😀

I hope you are willing to suspend judgment and set your own beliefs aside (at least temporarily) so we can contemplate and explore these ideas together.

In doing so, you may find yourself opening to new insights into the true nature of reality…
OR… you may not. Yet, you’ll never know for certain, unless you first empty your mind of all the “truths” that you THINK you know. 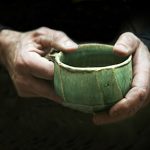 Keep your mind open and your cup empty

There’s an ancient Zen parable that illustrates this point nicely:

“A university professor went to visit a famous Zen master to learn more about Zen. While the master quietly served tea, the professor talked on and on about his knowledge of Zen Buddhism. The master poured the visitor’s cup to the brim, and then kept pouring… even as the tea spilled out onto the table!

The professor watched the overflowing cup until he could no longer restrain himself. “The cup’s overfull!” the professor blurted out, “No more will go in!” The Zen master calmly smiled, “You are like this cup,” he replied, “How can I show you Zen unless you first empty your cup?”

The basic moral of the story is that preconceived ideas and beliefs can prevent us from further learning and deepening our wisdom. How can you learn anything new, if you feel that you know it all already?

…This is what is meant by keeping a “beginner’s mind!”

That said… I want you to know that I’m not here to tell you what to think or to believe or to even convince you that I know what I’m talking about… and I could care less what you think about me personally.

“Believe nothing, no matter where you read it, or who said it, no matter if I have said it, unless it agrees with your own reason and your own common sense.”

Like the Buddha, I desire that you learn how to think for yourself. I want you to make up your own mind about it all. I want you to look within and develop your own warrior code and a set of principles by which you live your own life.

It’s my mission to open your mind to new ideas and new ways of thinking about the world! I hope to evoke the desire within you to begin a journey of personal growth and evolution that continues for the rest of your life!

If ANYTHING I share here helps to stimulate your thought processes in the least or gets you questioning your reality… then I consider that a major success. I think it’s incredibly important to explore new ideas about who you are, what your life purpose is and where you fit in to the grand scheme of life and the universe

Especially since (as I mentioned in my post, Era of the Sleepwalkers,) I believe a large portion of humanity is asleep to the true nature of reality and this universe in which we live…

Now, more than ever, we must wake up from our slumber!

Awakening from a Dream Within A Dream

Have you ever had a dream that seemed so real that you were shocked to discover it was all just a dream? I know I have!

While in the dream state, you think that the world you are seeing, hearing and experiencing is “ultimate reality” and in that moment of dreaming, there is no denying that it is “your reality.”

Yet, once you wake up you realize that it was all just a mental construction you had mistaken for reality. It was only real in your mind!

And, it is the same for all of the “sleepwalkers” of the world. They are lost within an optical illusion of their own consciousness (even though they’re technically awake.) Most people never consider that their perception of reality may be flawed.

Now, I’m not saying that my perception of reality is 100% correct… yet at least I’ve come to the realization that “something wasn’t quite right here” and have been trying to develop a more accurate understanding of our universe ever since.

All I’m asking you to do is contemplate the same. What if everything you thought you knew about life was mistaken?

“Don’t you want to take a leap of faith? Or become an old man, filled with regret, waiting to die alone!” 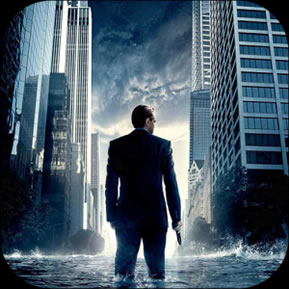 “An idea can transform the world and rewrite all the rules.”

Have you seen the movie Inception, starring Leonardi DiCaprio? There is a scene in the movie where Mr. DiCaprio’s character Mr. Cobb states;

“Dreams feel real while we’re in them. It’s only when we wake up that we realize something was actually strange.”

Could our night time dreams actually be an obvious clue to the true dream-like nature of reality?

This is a fascinating question, especially since so many of us seem like we’re totally lost in a dream world… sleepwalking our way through life and never questioning our interpretation of reality.

If you’re still asleep… welcome to the Dawn of Awakening! It is my hope to startle you awake by shaking the very foundation of your belief system.

I want to reveal some of the common beliefs we accept as Truths without really questioning them.

So many of us have closed our minds, stopped thinking and blindly accept what others claim to be truth… this is called Dogma and it has got to stop!

We’ve locked ourselves within these tight, rigid belief structures and refuse to entertain any other interpretation of reality that may contrast with our own.

As I wrap up this post, take some time to think about your current belief structure and how you came to adopt it:

Did you really take the time to carefully think out your beliefs about life, yourself and the world you live in?

Were you beliefs simply passed down from your parents, caretakers, or culture?

Do you believe the same things they believed without any questioning?

Why do different cultures have different beliefs about life and how to live?

What makes your beliefs more accurate than someone else’s?

Is your current belief system helping you to live the life you desire or is it holding you back in some way?

What if your beliefs are flawed and not an accurate reflection of this reality?

How would having false beliefs affect your experience of life?

What is ultimate reality anyways?